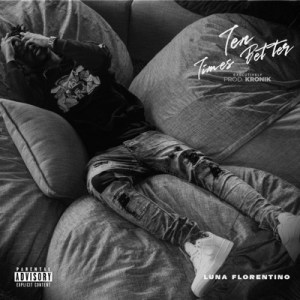 verse 1
We're really missing on a lot
But what is that about
See niggas acting like the son they didn't know about
Say that's the reason why we're sitting in this fucking drought
You see they stand here with the figures but we figured out
We gon run this bag up
Push it til it's selling out
Spend it on my business and push it to a new amount
Niggas wasn't trapping huh
'Til the bras came around
Why it take so long just to introduce a newer sound
Niggas wasn't cool with us so we called it in
And some cannot be trusted
So don't leave your shit with them
They're going out sad dog, doing in for clout
They're selling out for some records that ain't selling out

I get my cheese then I'm out
Get the bag, spread it out
If they're hogging the scene, take them out
You did well, don't be scared to take a bow
See the thing is you don't have to going
To fight somebody, or share their dough
Throw a show, put them on
Just put some budget in the pack and let them know
You Got Next sign, just hold it down
And if you find a real shorty, hold her down
See most of these niggas are probably going to try to keep it down
And most of these shorties are probably going to try to diss and clown
Send an elevator down, it's hella litty
Lil Wayne did it with Drizzy Drake and Nikki
Like Dr Dre did with Pac and Eminem
Like Eminem did when he had 50 Cent
Like Rick Ross did when he found Meek
Like Young Thug did when he found Keith
My whole point is a cosign really build the culture
Just drop the blue print from XXL covers
We need a lotta bricks 'cause we're building a bigger structure
We need a lot of help so we need us a lot of hustlers
I'm just being real and I'm keeping this shit one hundred
In this business ain't no room for no sensitive motherfuckers
I'm just getting to it
Niggas said that Hip Hop dead, I'm living through it
Niggas tryna hide my bread, I'm getting to it
I just read about my shit, I'm kinda fluent
Niggas sign these contracts before you know it
Money nags come real fast and then they blow it
Drive the bank balance down in a coupe before you know it
Had a bad day, baggage at least you got it at Luis
Yeah the Rand's still fucked but we're aiming for Gucci
Man that shot is dumb as fuck but I'm probably guilty
Chasing bread 'case I'm not in the mood for some muesli
You a lame if you slept, now you act like you know me
Couple bads tryna get me to service the coochie
Show me love if you know that you fuck with the newbie
I shoot my shot at opportunities busting like Uzzi, brrrat
I shoot my shot at opportunities busting like Uzzi, brrrat
I stole the game like a nigga been shopping at Uzzi, brrrat