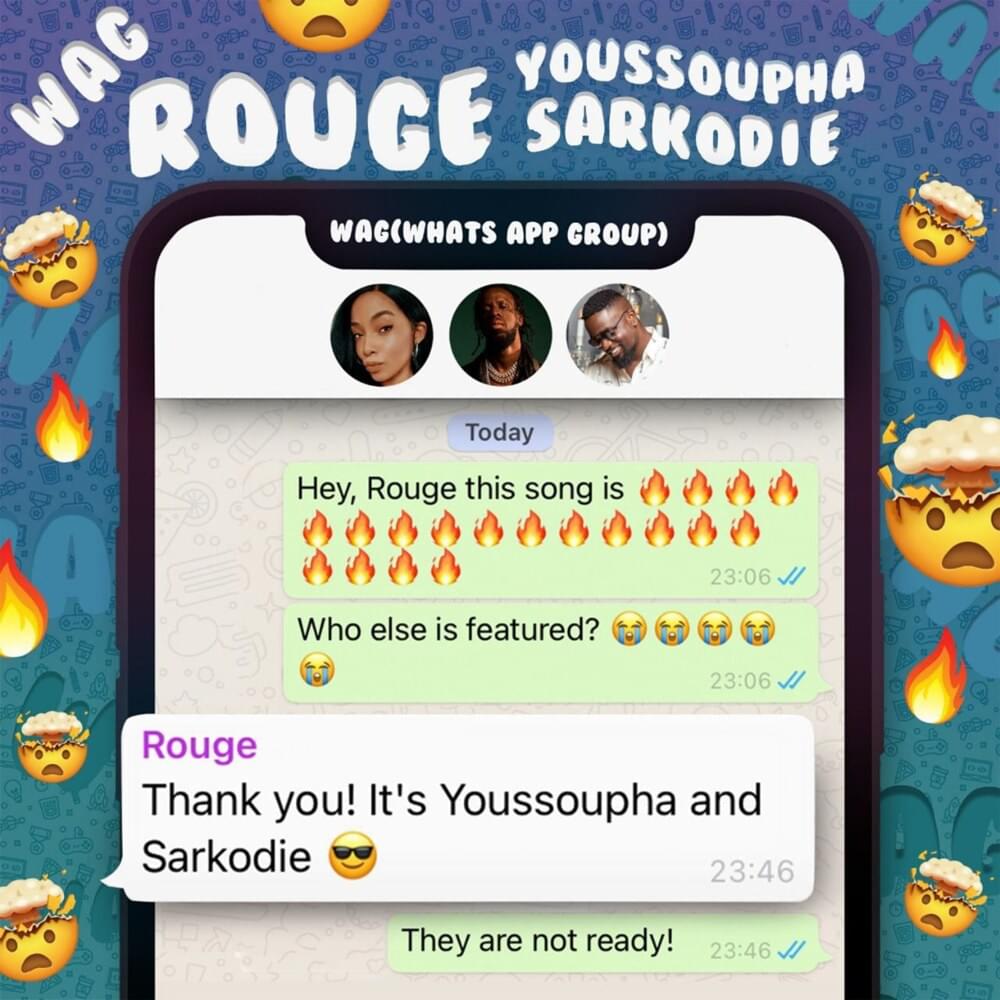 verse 1 [Rouge]
They eating up my work
Lickin' every single figure
Man you better watch your figure though
I'm working on the view
See the brand came through with the cheque
I got the figures though
You really think you're better
Like how who when and why, girl I gotta know
Like tell me tell me tell me
Why you never like a nigga
Hill Figure all white girl 'cause black don't crack
Even through the pipe, no crack
Even through the concrete, nigga don't crack
You can bring the pressure but I'm gonna push back
Work paid off with the patience
And now we win awards, it's amazin'
To the point where they think we're free mason
They don't believe, I work, never paid them
They don't believe my god paved a way and...
They don't believe this girl beat your favourites
They don't believe I remain independent
Slay all Goliaths, slinging as David
Man what a come up
Future so bright, where my stunners
So you and I could never compete
So please broadcast to the others
In the same WhatsApp group

verse 3 [Sarkodie]
And as the saying goes
We all cannot be wearing the same clothes (Nah)
You came in the game when I was a legend
You're not even on my level
Regardless nigga we ain't close
Or maybe because we doing the same shows
You prolly think we fucking the same hoes
I know you find it difficult to be seconding now
My nigga, I think it's time to let the pain go
Boy you gotta lay low (Woo)
Nigga you been trippin' on that Twitter page
You wanna start a war but you been afraid (Weak!)
Got a lot of beef on my dinner plate
I don't really believe in nothing, I'm just a renegade
Nobody better, nobody brave, nobody did it
Stuck in the cheddar, man I'm the great, fuck all the critics
Don't matter the weather setting the pace, better than Bridges
Tap in my nigga, no competition
Man I'm the biggest of all
When you were shopping I was busy buying the mall
Decade in the game they'll still be cryin' for more
Whatever you doin' the god did it before
Two years more but can push it to four
Fuck off the commas
Don't wanna be dealin' with the dramas
You wanna talk rap,
Man, I'm chillin' in Bahamas
I never take it personal, I'm still in my pyjamas