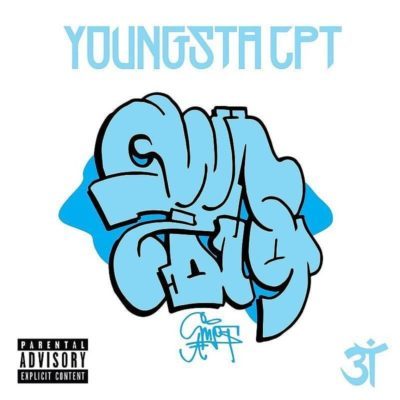 verse 1
I wanna own 2019 and 2020
Still in th 2018 area with Benny McCarthy
I wrote the song in January
You be Cardy, I'm Charles Barkley
I'm dunking on the rap game
The rapper James Carter
Velociraptor too, that's a Parker, my departure
From OR Thambo yeah we feeling like Nelson
Listening to Lil Wayne and Eminem albums
We got spoilt locally which I was glad to see
? Moozlie, Tido, Nasty C
Kid X, Blaklez, Stogie T went to Sway
'Cause we lost Ben Sharpa, Pro and Double H
We will definitely carry on their legacy for centuries
They're better than exemplary
They need a documentary
I'm doing one for Kaap Staad, the real Kaap Staad
Party with Namakwa, ? tha after
I built my career independently
I shot the sherrif and the deputy
In front of the embassy
Generally, I wouldn't suggest the death penalty
I'll die and come back, reborn in the pregnancy
I can sense the envy, I can feel the jealousy
I own every year broer, now that's longevity
When all is said and done, you just be the second one
I made thirty mixtapes, and the best is et to come
But the haters can't give praise just for props
Dad shoes, call you pops
Wearing happy socks and crocks
Fela Kuti in Gucci
Salute me, ubhuti
You calling a Suzzie, I call a Carrueche

I'm Young MA when it comes to kinders
Remember butterflies stated off as caterpillars
I used to be a bad ass, baby call me Boosie
And now I'm MVP like I'm Wayne Rooney
Every video be going viral like I'm ?
'Cause U can do the trap, west coast and acoustic
Every year I prove that I am die kak
I performed in Dubai and I shook
hands with Nas
Yeah I'm pleading here the truth
Put the lyrics in a salad bowl
Next to the sushi, the prawns and the salmon roll
Can't do no features, I'm currently in album mode
Last year I did over twenty
I make the gadget go boss
You're just a gemors
Do not put this off, Liverpool laid off Klopp
And the aux is connected to your hole
So you have to move your hip bone
You can hear my intros playing as a ring tone

2019 I'mma own that shit
Fake love, I cannot condone that shit
You said we was wack now you on that shit
I heard your new songs ? our shit
Stop right there, postpone that shit
You borrow my style, ? that shit
Creed with the punchlines
I Stallone that shit
Can't fit in my shoes, I outgrown that shit
My kicks are unwanted or they Jack Lime
'Cause your goal is defenseless
I ball like Juventus
Aim for the pilot, there is no friendship
It's all about the tenders, stalltjies and vendors
I'm not broke but a flight is expensive
So I'mma rob Capitec with Oceans Eleven
You can feel the tension, I'm very offensive
In 2019 it's still fuck a top ten list